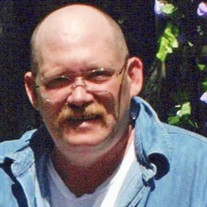 Thomas E. Rogers, 59, of Muncy, died Tuesday, May 25, 2021 at his home. Born August 10, 1961 in Jersey Shore, a son of William E. and the late Joanne L. (Bergey) Rogers. He and his wife, the former Lori A. Miller, would have celebrated 30 years of marriage on July 3, 2021. Tom was an avid New York Yankees fan who also enjoyed listening to country music, hunting, fishing, and most of all, talking on the phone and spending time with his family. Surviving, in addition to his wife and father, are a son, Brandon M. Rogers of Muncy; four sisters, Teresa E. (Tom) Wesley of Cogan Station, Kathy L. Shaheen of Williamsport, Margaret E. (Mark) Morrison of Montgomery, and Sandra M. (Jared Sheasley) Bowers of Avis; and several nieces and nephews. In addition to his mother, Tom was preceded in death by his son, Thomas M. Rogers. A memorial service will be held 11 a.m. Thursday, June 3, at McCarty-Thomas Funeral Home, 557 E. Water Street, Hughesville, with Pastor Doug W. Mellott officiating. Friends may call from 10 to 11 a.m. Thursday at the funeral home. The family will provide the flowers and suggest memorial contributions to the American Red Cross at www.redcross.org.

The family of Thomas E. Rogers created this Life Tributes page to make it easy to share your memories.

Send flowers to the Rogers family.