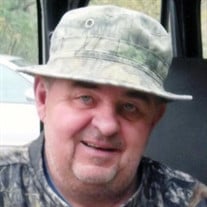 Terry R. Robbins, 65, of Muncy Valley, passed away, Wednesday, January 30, 2019 at his home. Born January 21, 1954 in Muncy, he was a son of the late Freeman E. and Rena E. (VanDine) Robbins, Jr.. He married the former Jada R. Reber, on January 22, 2018. Terry was a graduate of Hughesville High School, Class of 1971. He then worked for Freeman Robbins Excavating, and then retired from PennDOT. In his younger years, he enjoyed playing baseball for Unityville, in the North Branch League. He also loved working outside, farming, hunting, woodworking, the Phillies, his dog, Wilson, and above all watching his grandkids play. In addition to his wife, he is survived by a son, Eric (Kim) Robbins of Benton; two daughters, Billee (Jason) Robbins of Elmira, NY and Darcy (Jacob) Brink of Wyalusing; two sisters, Peggy Fritz of Benton and Patsy Kramer of Millville; four grandchildren, Zane Robbins, McKenna Harris, Jackson Brink, and Robin Brink; four step-children; and seven step-grandchildren. In addition to his parents, he was preceded in death by a brother, Max Robbins. Services will be held at the convenience of the family. Expressions of sympathy may be sent to the family at www.mccartythomas.com.

The family of Terry R. Robbins created this Life Tributes page to make it easy to share your memories.

Send flowers to the Robbins family.