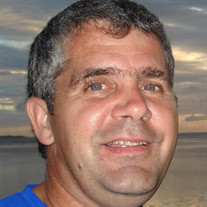 Steven L. Myers, 64, of Montoursville, went home to be with his Lord and Savior on Sunday, Jan. 10, 2021 at UPMC Williamsport Hospital. He was born on Oct. 12, 1956 at Muncy Valley Hospital. He was an Eagle Scout, graduate of Hughesville High School Class of 1974, graduate of Williamsport Area Community College (WACC) in 1976, worked at the Country Store in Pennsdale for 20 years, and graduated from Columbia International University in South Carolina in 1994. He married Sheila King, his high school sweetheart, on July 19, 1975. He served as a missionary with I-TEC for over a year and afterwards served with Far East Broadcasting Company (FEBC) on the Mariana Island of Saipan for nine years. Steve loved serving behind the scenes and was a hard worker. He was a master carpenter and used his skills to bless those he knew through church and on missions trips. He was always ready to help friends, family or neighbors with any projects big or small. Steve has been a longtime member of Community Baptist Church in Montoursville. In 1997, Steve and his family were involved in a near-fatal car accident near Hughesville. In 2016, his health began to decline due to injuries he sustained in the accident. Later in his life, Steve enjoyed watching professional football on TV, particularly the Steelers, attending his grandkids birthday parties, and going to Little League baseball games with his sons. He was preceded in death by his father, Donald L. Myers, and his mother, Doris Hill Myers. He is survived by his faithful wife of 45 years, Sheila (King) Myers; younger brother, Dave (Carol) Myers of Montoursville; younger sister, Susan (Myers) Quail of Auburn, Calif. Three sons, Micah (Shauna) Myers of South Williamsport, Caleb (Sarah) Myers of Cogan Station, and Gabe Myers of Hughesville. He is also survived by two grandchildren, Grace and Isaac Myers. Visitation will be at 11 a.m. and the funeral will be held at noon on Friday, Jan. 15, at Community Baptist Church on Route 87 in Montoursville. Social distancing rules and mask wearing must be followed. Private burial will take place in Nordmont at the convenience of the family. In lieu of flowers, donations can be made to FEBC, Community Baptist Church, or an organization of your choice. Arrangements have been entrusted to McCarty-Thomas Funeral Home, Hughesville. Expressions of sympathy may be sent to the family at www.mccartythomas.com.

Steven L. Myers, 64, of Montoursville, went home to be with his Lord and Savior on Sunday, Jan. 10, 2021 at UPMC Williamsport Hospital. He was born on Oct. 12, 1956 at Muncy Valley Hospital. He was an Eagle Scout, graduate of Hughesville High... View Obituary & Service Information

The family of Steven L. Myers created this Life Tributes page to make it easy to share your memories.