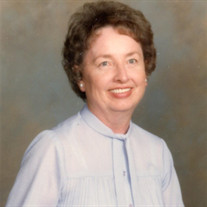 Ruth E. Diltz, 91, of Hughesville, died Wednesday, March 14, 2018 at Wolf Run Village in Hughesville. Ruth was born July 22, 1926 in Franklin Twp., to the late Lawrence and Elsie Peterman. She was a graduate of Sonestown High School, Class of 1944. She then went on to work at Sylvania in Montoursville. She married the late Robert Diltz, in 1956. They then moved to New Bloomfield, where Bob worked at Carson Long Military Institute. In 1965, they moved to Hughesville where Bob worked on the faculty at East Lycoming. Ruth was a member of the former Bethany United Methodist Church, now The Beacon: A United Methodist Church, where she was active in the Bethany Women and Progressive Sunday School Class. She was very much a people person, and visited Skilled Nursing regularly. Ruth enjoyed traveling with her husband in their former years. She also enjoyed shopping and eating lunch with her friends . She is survived by her special neighbors, Paul and Iva Heise; special friends, Tim, Mary, and Ethan Kuntz; a niece, Gail Nuss; and two great-nieces. In addition to her husband, she was preceded in death by a brother, Warren Peterman; and a nephew, Michael Peterman. Funeral services will be held 2 p.m., Tuesday, March 20th, at McCarty-Thomas Funeral Home, Hughesville, with Rev. James McGee officiating. Burial will follow in Franklin “Stone Heap” Cemetery. Friends may call from 1 to 2 p.m. Tuesday, at the funeral home. In lieu of flowers, the family requests memorial contributions be made to The Beacon: A United Methodist Church, PO Box 68, Hughesville, PA 17737. Expressions of sympathy may be sent to the family at www.mccartythomas.com.

The family of Ruth E. Diltz created this Life Tributes page to make it easy to share your memories.

Send flowers to the Diltz family.