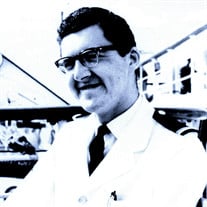 Richard Charles ”Dick” Hallam, 79, of Forksville, died Tuesday, October 8, 2019, at Bradford County Manor, Troy. Born October 27, 1939 in Liverpool, England, he was a son of the late Richard and Marjory (Kirby) Hallam. Following primary school, Dick attended Romford County Technical School, where he graduated in 1956 and went to work as an apprentice to a chartered accounting (CPA) firm in the City of London, auditing small business records. Leaving the accounting firm in 1958, he entered employment as an accounting clerk with the shipping frim Furness, Withy & Co. in the City of London, with the express purpose of training to be a Purser on the company’s cruise liners, which was part of the British Merchant Navy, and the Royal Navy Reserve in case of emergencies. He was appointed a Junior Purser to the cruise liner “Ocean Monarch” in October, 1959, rising to 2nd Assistant/Crew Purser in 1962. The ship was expressly made for cruising to Bermuda and the Caribbean islands from both New York and Fort Lauderdale, Florida for 11 months of the year, returning to the UK each October for a three week refit/overhaul before returning to New York in November. In May, 1962 the ship was chartered for a two week cruise of the Caribbean from Philadelphia, where he met a passenger, Florence “Pat” McCarey – they married in June 1963 at Holy Cross RC Church, Springfield, PA. He left service on the ship in October, 1963 to join the company’s New York office as a Landing Agent, arranging Customs and Immigration clearances for the ships that the company was an agent for. In December, 1966, the company closed their office in New York and he obtained an accounting position with the New York Central Railroad – later Penn Central and Conrail – where he held various management positions in the Finance and Accounting Department, before retiring in June, 1996. He became a United States citizen in February, 1967. Transferring from New York to Philadelphia in January, 1970 the family lived in various locations in New Jersey and Pennsylvania, before retiring to Estella, Sullivan County in September 1997. He was baptized at St. Agnes Church, Liverpool, England in January 1940 into the Church of England (Anglican) and converted to the Catholic community, through the RCIA program, in 2011, joining the Immaculate Heart of Mary Parish and St. Basil’s church. As an active member of St. Basil’s, Dick was a former choir member, Liturgical coordinator, past president of the parish finance committee, chairman of the parish pastoral committee, a sacristan, former lector, and served as the business and finance manager. He was a 4th degree member of the Knights of Columbus, where he served a period as an officer of the St. John Neumann Shrine Council 12406, Dushore, before transferring to Towanda Council in 2019. Dick was a member of the St. John Neumann Assembly 979 and served a period as their Faithful Purser until resigning due to health issues in 2019. He is survived by an estranged son, Richard Andrew and wife Debra (Smith) Hallam; his younger son, Charles and wife Robin (Corns) Hallam; two granddaughters, Amber Marie Hallam, Christin Joan and husband Nick Hathorn; and a great-grandson, Gunner Robert. The family will hold a Memorial Mass at 10:30 a.m. on Friday, October 11, at St. Basil’s Church, Dushore, with Rev. Thomas Major and Rev. Richard Rojas co-officiating. Expressions of sympathy may be sent to the family at www.mccartythomas.com.

The family of Richard Charles Hallam created this Life Tributes page to make it easy to share your memories.

Send flowers to the Hallam family.