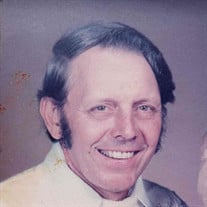 Paul R. Schriner, 88, died September 11, 2020 at his home on Schriner’s Patch farm in Muncy. Paul was born May 18, 1932 in Williamsport to Elmer Schriner and Carrie (Shultz) Schriner. He is survived by wife, Betty Schriner of Lairdsville, his son, James E Schriner of Muncy, daughter Paulette A Schriner, of Maryland, and five grandchildren. Paul was born in Williamsport, attended Williamsport High School and graduated. He entered the Marine Corps after high school serving during the Korean War and wrestling at Cherry Point, NC. Upon leaving the Marines, Paul and Betty married July 4, 1956 and bought a farm in Muncy where they have resided for 53 years. Paul worked as a machinist at Pullman Power Products and Opps in Muncy. He also spent his life being a farmer and a cowboy. He spent years of his life riding and fighting bulls, and riding horses. He frequently worked rodeos at Cowtown, NJ and hauled rodeo stock throughout PA, MD, NY and NJ. On the farm, he raised his children, crops and livestock.Paul was a member of the American Legion and Moose in Hughesville, and the Elks, Williamsport. He was a friend to many, life-long farmer, husband, father and loving grandfather. Private services will be held for Paul and he will be taken home to “retire and sleep” at his home on the farm after riding one last time around the farm he grew with his wife, Schriner’s Patch. Every farmer puts his land to rest for the winter. On springs horizon it is brought back to life. God has put this farmer to rest, and with a spring in his step, hat in hand, he walks the horizon to a new life. We will miss you every day of each season but visit you often on the farm, your home forever.

Paul R. Schriner, 88, died September 11, 2020 at his home on Schriner&#8217;s Patch farm in Muncy. Paul was born May 18, 1932 in Williamsport to Elmer Schriner and Carrie (Shultz) Schriner. He is survived by wife, Betty Schriner of Lairdsville,... View Obituary & Service Information

The family of Paul R. Schriner created this Life Tributes page to make it easy to share your memories.

Send flowers to the Schriner family.