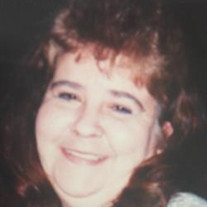 Karen A. Summers, 59, of Hughesville, died Thursday, April 21, 2016 at The Gatehouse at Divine Providence Hospital. She was the wife of John L. Summers and would have celebrated their 7th wedding anniversary September 3, 2016. Born October 30, 1956 in Williamsport, she is the daughter of the late Harold and Lois J. (Wagner) Bierman. Karen was employed as an EMT at Williamsport Hospital and at the Hughesville Fire Company, where she was a member for 26 years. She was also a firefighter at Hughesville. She was a Hemlock Girl Scout Council Leader, Boy Scouts of America Leader, Spartan Pop Warner Cheerleading Coach, Women of the Moose Lodge #2222, and an associate member of the American Legion Post #35 Hughesville. Karen enjoyed crocheting, fishing, and woodworking among many other interests. Surviving in addition to her husband are two daughters, Cynthia A. West of Hughesville, Andrea P. Evans of Blandon; a son, David M. Crays, Jr. of Lancaster; a sister, Bonnie (Paul) Beck of Dewittville, NY; four brothers, William Bierman, Oscar (Ruby) Bierman, both of Houston, TX, Harold "Tink" (Karen) Bierman of Cogan Station, and Paul (Sue) Bierman, Jr. of Cammal; six Grandchildren; two Great Grandchildren, and several nieces and nephews. In addition to her parents she was preceded in death by a daughter Lisa M. Snyder. Funeral will be held 11:00 a.m. on Monday, April 25, at McCarty-Thomas Funeral Home, 557 E. Water Street, Hughesville, with Pastors GayAnn Gearhart and Bill Renno co-officiating. Burial will be in Twin Hills Memorial Park, Muncy. Friends may call on Sunday from 5 to 7 p.m. at the funeral home. In lieu of flowers, memorial contributions may be made in Karen’s name to Susquehanna Health Foundation for the benefit of The Gatehouse, 1001 Grampian Blvd., Williamsport, PA 17701. Expressions of sympathy may be sent to the family at www.mccartythomas.com.

Karen A. Summers, 59, of Hughesville, died Thursday, April 21, 2016 at The Gatehouse at Divine Providence Hospital. She was the wife of John L. Summers and would have celebrated their 7th wedding anniversary September 3, 2016. Born October... View Obituary & Service Information

The family of Karen A. Summers created this Life Tributes page to make it easy to share your memories.

Send flowers to the Summers family.