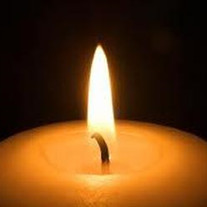 Judy Ann Shuler, 75, of Hughesville, died Tuesday, May 24, 2016, following a lengthy illness. Born February 24, 1941 in Muncy, she was a daughter of the late Byard F. and Margery J. (Foust) Houseknecht. She married Richard C. Shuler on April 16, 1963, and together they celebrated 53 years of marriage. Judy graduated from Muncy High School, Class of 1959, and then graduated from the former Pennsylvania College of Arts and Sciences. Judy was employed as a phlebotomist for a Williamsport doctors group for many years. She also worked at the former GTE Sylvania, Muncy, and retired from SCI Muncy, after having worked there for 26 years. In addition to her husband, she is survived by two daughters, Kimberly A. Shuler of Hughesville and Dr. Hallie A. Shuler and husband F. Taylor Clark of Muncy; a sister, Joanne and husband Robert Burkholder of Muncy; and a granddaughter, Sophia Ann Clark of Muncy. In addition to her parents, Judy was preceded in death by an infant daughter. Funeral services will be held 3 p.m. Tuesday, May 31, at McCarty-Thomas Funeral Home, 557 E. Water Street, Hughesville, with Rev. Cinda J. Brucker officiating. Burial will follow in Muncy Cemetery. Friends may call from 2 to 3 p.m. Tuesday, at the funeral home. The family will provide the flowers and suggest memorial contributions to the American Lung Association, 3001 Gettysburg Road, Camp Hill, PA 17011. Expressions of sympathy may be sent to the family at www.mccartythomas.com.

The family of Judy Ann Shuler created this Life Tributes page to make it easy to share your memories.

Send flowers to the Shuler family.