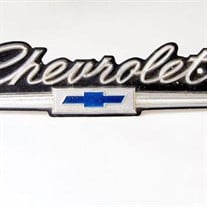 Joseph M. Hallabuk, 71, Mayor of Laporte, PA, passed away Friday, Decemebr 15, 2017, at the Gatehouse, Williamsport. Joe was born July 25, 1946, the son of John and Gladys (Young) Hallabuk. He is survived by his wife of 39 years, Elinor W. Hallabuk; a son, Kirk A. (Trace) Hallabuk, of Williamsport; four grandchildren, Noah and Mariah Hallabuk, Logan and Case Ertel; and a sister, Marion Ryan, of Acworth, GA. Joe was raised in Laporte, PA, and graduated from Sullivan County High School, the first graduating class in 1964. He also graduated from the Williamsport Area Community College with an associate degree in Mechanical Drafting. Joe worked at Penn DOT as a highway designer, retiring in 2001. Being very active in community activities, Joe was past president and life member of the Laporte Borough Fire Company. He was past president of Mountian Ash Cemetery Association, and past commissioner of Sullivan County AYSO soccer. Joe was proud to be co-founder of Carpenter’s Cruise, which has become an annual event. In addition, he was a U.S. Army veteran. His pride was his 1966 Chevy truck which he enjoyed driving and taking to shows. A memorial service will be held at 11 a.m. on Wednesday, December 20, at the Laporte United Methodist Church, 723 Main Street, Laporte, PA, with Pastor Cheryl Houser officiating. Private interment will follow in Mountian Ash Cemetery, Laporte. Visitation will be at the church, one hour prior to the memorial service. In lieu of flowers, memorial contributions may be made in Joe’s name to the Laporte Borough Fire Company, P.O. Box 31, Laporte, PA 18626. Arrangements have been entrusted to the McCarty-Thomas Funeral Home, Dushore. Expressions of sympathy may be sent to the family at www.mccartythomas.com

The family of Joseph M. Hallabuk created this Life Tributes page to make it easy to share your memories.

Send flowers to the Hallabuk family.