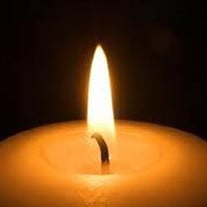 John W. Waggett, 93, of Montoursville, died Sunday, October 18, 2015, at Valley View Nursing Center. Born February 5, 1922 in DuBois, he was a son of the late John H. and Hazel L. Troan Waggett. He and his wife, the former Mildred R. Shaffer, celebrated 67 years of marriage on February 5, 2015. He graduated from Sandy Township High School, DuBois, Class of 1938. John then entered into a four year apprenticeship with the B&O Railroad, which was interrupted by World War II. He enlisted in the U.S. Navy in 1942, and served as a Machinist Mate First Class aboard the USS Bennington CD 20, an Essex Class Carrier until his honorable discharge in 1946. After the Battle of Okinawa and Iwo Jima, he ended up at Tokyo Bay where he witnessed the signing of the Armistice by Mac Arthur and the Emperor of Japan aboard the USS Missouri. After his discharge, John continued his education at DUC, DuBois, Bucks County Community College, Newtown, and Rider College, Trenton, NJ. He was employed by the B&O, DuBois, for six years, and then relocated to Yardley, where he was employed by U.S. Steel for 35 years, retiring in 1986. John was a past member of the Redeemer Lutheran Church and past president of the Council of Churches in Trenton, NJ. He was a Master Mason of Mercer Lodge No. 50, F. & A. M. in Trenton, NJ for over 55 years. He was a member of the Consistory and Crescent Shrine in Trenton, NJ, past director of the Royal Order of Jesters at Crescent Court 64 of New Jersey, a member of the Kashino Klub in AZ, a Life Member of BPOE 2023, Morrisville, and the American Legion and VFW. Funeral services will be held 11 a.m. Thursday, October 22, at the McCarty-Thomas Funeral Home, 557 E. Water St., Hughesville, with the Rev. Tim Hartzell officiating. Burial will follow in Morningside Cemetery, DuBois. Friends may call from 10 to 11 a.m. Thursday at the funeral home. The family will provide the flowers and suggest memorial contributions to the Shriners Hospitals for Children at www.loveshriners.org. Expressions of sympathy may be sent to the family at www.mccartythomas.com.

The family of John W. Waggett created this Life Tributes page to make it easy to share your memories.

Send flowers to the Waggett family.