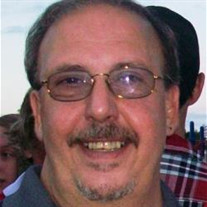 John A. Trallo, Sr., 67, of Sonestown, passed away on Tuesday, August 13, 2019 at the Williamsport Regional Medical Center. John was born November 23, 1951 in Philadelphia, and is the son of the late David Nunzio and Josephine (Cataldo) Trallo. John attended South Philadelphia High School. After he graduated, he attended Penn Center Academy as well as Community College of Philadelphia. John also attended Combs Music College of Philadelphia where he participated in a private study with Dennis Sandole, Calvin Harris and Anna Caskeranko. Music was John’s life and from the early age of 16 he had his own band, JT and the Twins. He played for Free Flight, Blues Train, BLT, Brown Penny and for several other groups. Locally he played at the Forksville General Store Dinner Show on Saturday nights. John taught music and did string instrument repairs. John was a staunch environmental activist, belonging to several groups and lending his support to various environmental issues. His brilliant mind asked hard questions. He had no qualms asking government officials questions and sometimes showing his frustration at their answers. Some of the groups he was involved with were: RDA, Shale Justice, CELDF, PA Community Rights Network and Organizations United for the Environment. He believed that he would leave this planet a better place for future generations. John is survived by his partner of 19 years; Michelle D. Mirabello, two daughters; Jennifer Trallo of Cape May , NJ, Kimberly (Nic) Karczewski of Warminster, PA, a son; John A. Trallo, Jr. of Brookville, PA; a sister; Angela (Angelo) DeFeo of Nashville, TN and by 11grandchildren. In addition to his parents, John is predeceased by his wife Cheryl (Cranston) Trallo on September 28, 1998. Funeral services will be held 6:00 pm Wednesday, August 21st at McCarty-Thomas Funeral Home, 557 E. Water Street, Hughesville with Pastor Zachary Woods officiating. Friends may call from 5 to 6 pm Wednesday at the funeral home. The committal service and entombment will follow on Thursday, August 22nd at noon in Calvary Cemetery, Cherry Hill, NJ. Expressions of sympathy may be sent to the family at www.mccartythomas.com.

John A. Trallo, Sr., 67, of Sonestown, passed away on Tuesday, August 13, 2019 at the Williamsport Regional Medical Center. John was born November 23, 1951 in Philadelphia, and is the son of the late David Nunzio and Josephine (Cataldo) Trallo.... View Obituary & Service Information

The family of John A. Trallo Sr. created this Life Tributes page to make it easy to share your memories.

Send flowers to the Trallo family.