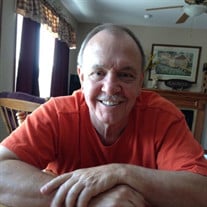 Jerome “Joe” Rice, 73, of Williamsport, died Thursday, January 17, 2019 at Geisinger Medical Center. Born June 27, 1945 in Williamsport, he was a son of the late Charles A. and Pauline M. (Carson) Rice, Sr.. Joe was a graduate of Williamsport High School, Class of 1963. He then served his country honorably in Vietnam, in the United States Marine Corps. During that time he was a member of the Marine Corps Rifle Team. Joe was an owner-operator independent trucking contractor for Milton Transportation from October 17, 1984 to September 19, 2012, earning 2 million mile awards. He enjoyed driving the open road, watching golf, arguing politics, and spending time with his family. He is survived by two daughters, Hope R. (Scott) Miller of Hughesville and Dawn M. (Troy) Shaffer of Montoursville; two sisters, Geraldine Staver and Lucille Rice both of Williamsport; three brothers: Sheldon Rice of Duboistown, Robert Rice and Charles Rice, Jr. both of Williamsport; three grandchildren, Jacob, Noah, and Sarah Shaffer; and an Ex-Wife, Deborah Nicholas of Montoursville, PA. Services will be held at the convenience of the family, with burial being held at Twin Hills Memorial Park, Muncy. Expressions of sympathy may be sent to the family at www.mccartythomas.com.

The family of Jerome "Joe" Rice created this Life Tributes page to make it easy to share your memories.

Send flowers to the Rice family.