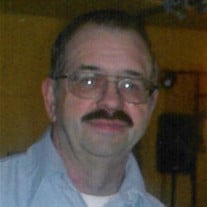 Jairus E. “Jerry” Tourscher, 82, of Dushore, died Tuesday, September 11, 2018 at his home. Born January 8, 1936 in Union, NY, he was a son of the late Paul D. and Mary C. (Thayer) Tourscher. He and his wife, the former Linda Ann Manahan, would have celebrated 60 years of marriage on September 16, 2018. Jerry was a graduate of St. Basil’s High School, Class of 1954, and served his country honorably in the U.S. Army from 1955 to 1957. He was a member of the American Legion Post 996, Dushore, and a lifetime member of the Dushore Fire Company where he served as Fire Chief for many years. Jerry enjoyed hunting, fishing, and working on cars, as he owned and operated Tourscher’s Garage for over 50 years. Surviving, in addition to his wife, are a son, Jairus E. “Shorty” Tourscher Jr. of Dushore; three daughters, Debra J. Robinson of Evergreen, Carol A. (Terrence) Rogan of Dushore, and Anita L. (Richie) Keiser of Milton; three sisters, Sheila Dacheux of Camp Hill, Jean (Lewis) Hope of Dushore, and Gail (LeRoy) Blair of Toledo, WA; two brothers, Daniel Tourscher of Dushore, and Richard (Marita) Tourscher of Penfield, NY; seven grandchildren, Jill (Charles) Deubler of Mehoopany, Jacob Robinson of Evergreen, Michael Rogan of Dushore, Shawn Rogan of York, Christian Rogan of Ephrata, Ryan Keiser, and Shannon Keiser of Milton; three great-grandchildren; and numerous nieces and nephews. In addition to his parents, Jerry was preceded in death by a brother-in-law, Walter Dacheux; and a son-in-law, LeRoy Robinson. A Mass of Christian Burial will be held 11 a.m. on Saturday, September 15, at St. Basil's Church, 101 Churchill St., Dushore, with Rev. Bert Kozen presiding. Burial will follow in St. Basil's Cemetery with graveside military honors accorded by combined veterans organizations. Friends may call from 6 to 8 p.m. Friday, September 14, at the McCarty-Thomas Funeral Home, 119 Carpenter St., Dushore. The family will provide the flowers and suggest memorial contributions to the Dushore Fire Company, P.O. Box 517, Dushore, PA 18614 or the American Cancer Society at www.cancer.org. Expressions of sympathy may be sent to the family at www.mccartythomas.com.

The family of Jairus E. "Jerry" Tourscher created this Life Tributes page to make it easy to share your memories.

Send flowers to the Tourscher family.