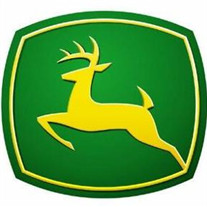 George E. Laurenson, 89, of Bloomsburg, died Thursday, January 30, 2020 at Emmanuel Center for Nursing and Rehabilitation, Danville. Born December 19, 1930 in Muncy Valley, he was a son of the late Elmer G. and Eva M. (Smith) Laurenson. George was the last surviving member of the Elmer and Eva Laurenson family. He and his wife, the former Eloise S. Slusser, would have celebrated 59 years of marriage on May 20, 1961. George served his country honorably in the U.S. Army during the Korean War and was a Life Member of the American Legion Post 601, Sonestown. He was a farmer nearly his entire life and loved John Deere Tractors. George also worked road construction for the former Clair Hock Construction Company and retired in 1995 from HRI, Bloomsburg. George was a faithful member of the Christ Lutheran Church, Buckhorn. Surviving, in addition to his wife, are a daughter, Karen M. (Terry) Ford of Arkansas; a son, Kevin E. Laurenson of Bloomsburg; and many nieces and nephews. In addition to his parents, George was preceded in death by a brother, Raymond Laurenson; and three sisters, Enza Laurenson, Clara Smith, and Margaret Miller. A graveside service will be held 2 p.m. Thursday, February 6, at Elan Memorial Park, 5595 Old Berwick Rd., Bloomsburg, with Rev. Vicky Schaffner officiating. Arrangements have been entrusted to the McCarty-Thomas Funeral Home, Hughesville. Expressions of sympathy may be sent to the family at www.mccartythomas.com.

The family of George E. Laurenson created this Life Tributes page to make it easy to share your memories.

Send flowers to the Laurenson family.