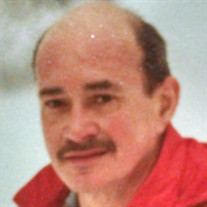 Dr. George C. Ginter, 91, of Rose Valley, died Sunday, February 4, 2018, after a long, adventurous life. Born on October 7, 1926, in Hughesville, he was the son of George C. and Hazel Ginter. Among his survivors, he leaves behind his wife of 63 years, Mary B. Ginter. George was a retired anesthesiologist, having worked at Wilmington General Hospital in Wilmington, Delaware, Geisinger Medical Center in Danville, Williamsport Area Regional Medical Center and Jersey Shore Hospital. After graduating from Hughesville High School in 1944, he graduated from Eastern Nazarene College in Quincy, Mass., took additional courses at the Penn State University in State College, and completed medical college at Hahnemann University in Philadelphia, with residency at the Hospital of the University of Pennsylvania. He served in the Air Force as a flight surgeon at Griffiss Air Force Base near Rome, N.Y., and Randolph Air Force Base near San Antonio, Texas, from 1955-57, attaining the rank of captain. Aside from his medical career, he served on several municipal, church and community service boards, including the Hepburn Township Planning Committee; the Hepburn Township Fire Company; Balls Mills United Methodist Church Administrative Board, Long Range Planning Committee and choir; Lycoming Creek Lions Club; Lycoming County Republican Party; Boy Scouts of America’s local and Central District Committees; Blooming Grove Historical Society; Lycoming County Historical Society; and Williamsport Chamber of Commerce. His enthusiasm for outdoor activities extended into hiking and mountaineering, including Sunday afternoon hikes along the Loyalsock Trail. His mountaineering put him atop several peaks around the world, including Mount Washington in New Hampshire and Mount Washington in Oregon, culminating with a climb of the Matterhorn in Switzerland with climbing partner Dr. W. Holmes Yealy of Williamsport. Their trekking took them on a week of snowshoeing and camping on the Adirondacks’ Mount Marcy each February. Survivors include his loving wife, Mary Belle (Bair) of Rose Valley; daughters, Ruth Grube and husband Jeff of Punxsutawney, and Donna Palmer and husband Dr. Steve Palmer of Eagar, Ariz.; two sons, George Alan Ginter and wife Leslie of Harrisburg, and Tim Ginter and wife Sonia of Scottsdale, Ariz. He is also survived by six grandchildren, Michael Grube, Melissa Means, Casey Palmer, Carly Palmer, Colleen Palmer and Francis Palmer, and great-grandchildren Mackenzie Means and Benjamin Grube. Memorial services will be held on Saturday, February 17, in Balls Mills United Methodist Church in Balls Mills, with visitation at 9:30 a.m. and services at 10:30 a.m. A luncheon will be held in the church after the memorial service. Burial will be held during a private ceremony at a later date in Pleasant View Cemetery in Hughesville, PA. In lieu of flowers, contributions may be made in his name to Balls Mills United Methodist Church, 5941 Bloomingrove Road, Cogan Station, PA, 17728; or the Alpine Club of Williamsport, P.O. Box 501, Williamsport, PA 17703. Arrangements have been entrusted to McCarty-Thomas Funeral Home in Hughesville. Online condolences may be sent to mccartythomas.com.

Dr. George C. Ginter, 91, of Rose Valley, died Sunday, February 4, 2018, after a long, adventurous life. Born on October 7, 1926, in Hughesville, he was the son of George C. and Hazel Ginter. Among his survivors, he leaves behind his wife of... View Obituary & Service Information

The family of Dr. George C. Ginter Jr. created this Life Tributes page to make it easy to share your memories.

Send flowers to the Ginter family.