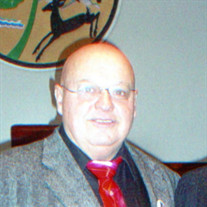 David G. Shultz, 67, of Laporte, died Sunday, May 13, 2018 at his home. Born April 28, 1951 in Muncy, he was a son of the late Duane G. and Helen F. (Houseknecht) Shultz. He and his wife, the former Kathy I. Fleming, celebrated 41 years of marriage on February 26, 2018. Dave was a graduate of Sullivan County High School, Class of 1969. Immediately following graduation he joined the U.S. Navy and helped defend his country during the Vietnam War and served with the prestigious Blue Angels. Following his honorable discharge from the Navy on March 1, 1973, Dave returned home and attended Bloomsburg University, graduating in 1977. Dave worked in business management during his younger years, but his favorite jobs came after retirement; driving people in his limousine, working at the Eagles Mere Air Museum, and currently serving as Mayor of Laporte, which was a lifelong dream. Giving back to the community that he so loved was very important to Dave. He served on the Sesquicentennial committee, Laporte banner committee for both issues, Carpenter Cruise committee for 17 years, Laporte holiday lighting committee, the advisory committee for the Area Agency on Aging, as a founding member and former chairperson of the Laporte Enhancement Committee, and a former Laporte Borough Council member. Dave was also a member of the Laporte United Methodist Church, Laporte Fire Company, Eagles Mere / Laporte Lions Club, American Legion Post 601, Sonestown, and served as treasurer of the Mokoma Conservancy. In his free time Dave enjoyed riding his motorcycle, gardening, traveling with his wife to visit their children and grandchildren, volunteering with groups and activities that benefited the community and working on his vintage postal Jeep. Surviving, in addition to his wife, are a daughter, Jessica E. (Adam) Shultz-Sibley of East Fallowfield; a son, Adam C. (Alaena) Shultz of Chambersburg; four sisters, Barbara (Thomas) Guzy of Hummelstown, Cindy (Charles) Schumacher of Laporte, Tracy (David) York of Big Flats, NY and Patsy Houghtaling of Stafford, VA; three brothers, Jeffrey Shultz, Charles (Karen) Shultz, and Terry (Gloria) Shultz all of Laporte; and three grandchildren, Alexa Shultz, Liam Sibley, and Greyson Shultz. A memorial service will be held 1:30 p.m. on Sunday, May 20, at Laporte United Methodist Church, 723 Main St., Laporte, with Pastor Cheryl A. Houser and Rev. Robert W. Brown co-officiating. Burial will be held privately in Mountain Ash Cemetery, Laporte. Friends may call from 12:30 to 1:30 p.m. Sunday at the church. In lieu of flowers, the family requests that donations be made in Dave's name to the Laporte Volunteer Fire Company, P.O. Box 31, Laporte, PA 18626. Arrangements have been entrusted to the McCarty-Thomas Funeral Home, Dushore. Expressions of sympathy may be sent to the family at www.mccartythomas.com.

The family of David G. Shultz created this Life Tributes page to make it easy to share your memories.

Send flowers to the Shultz family.