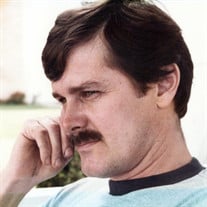 Byron E. Bassett Jr., 77, of Muncy, died Saturday, October 17, 2020 at his home, surrounded by his family. Born July 4, 1943 in Williamsport, he was a son of Pearl A. (Aderhold) Long and the late Byron E. Bassett Sr. He and his wife, the former Kathryn E. Engdahl, celebrated 58 years of marriage on March 30, 2020. Byron was a graduate of Muncy High School, Class of 1961. He was employed with several local boiler companies and most recently with CCSI Boiler, Muncy, where he served as the company’s president. Byron enjoyed going to car shows, casinos, traveling, and above all, spending time with his family, especially his grandchildren, whom he adored. Surviving, in addition to his wife and mother, are a daughter, Heidi A. Bassett of Muncy; three sisters, Cheryl (Bill) Burns of Muncy, Judy (Jeff) Little of Picture Rocks, and Karen Harris of Muncy; three brothers, Dwight (Claudia) Long of Muncy, Larry (Heidi) Long of Muncy, and Ronald Long of Williamsport; and two grandchildren, Logan Bower of Monroeville and Madison Bower of Hughesville. In addition to his father, Byron was preceded in death by a son, Bryon S. Bassett in 1991. Funeral services will be held at the convenience of the family. Arrangements have been entrusted to McCarty-Thomas Funeral Home, Hughesville. Expressions of sympathy may be sent to the family at www.mccartythomas.com.

The family of Byron E. Bassett, Jr. created this Life Tributes page to make it easy to share your memories.

Send flowers to the Bassett, family.