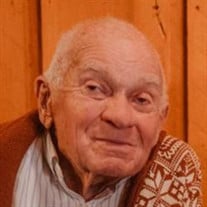 Arthur J. Molyneux, 82, of Hughesville, and formerly of Rose Valley, died Wednesday, November 10, 2021, at UPMC Williamsport, following a tragic vehicle accident in which he and his wife both passed away within hours of each other. Born January 14, 1939, in Estella, he was a son of the late Lynn and Phylis (Baumunk) Molyneux. Art was a graduate of the former Loyalsock Joint High School, Class of 1956. He was previously employed as a lumberman with Ketchum & Brown and then worked for Penn DOT for several years while still farming his farm. Following his employment with Penn DOT Art was co-owner of Dart Lumber Company, Barbours, before moving south. On November 10, 1984, Art married the love of his life, the former Alda J. Higley. They spent several years working and traveling before returning to Pennsylvania in 2000 to enjoy retirement in the Rose Valley area. During retirement they continued to travel and enjoy their family and life together. Due to a tragic vehicle accident on their 37th wedding anniversary, Art and Alda passed away within hours of each other. Surviving is a brother, Royce (Alberta) Molyneux of Dushore; three children, Connie (Floyd) Hoover, Michael (Nadine) Molyneux, and Denise (Mark) Feese; seven grandchildren; seven great-grandchildren; two nieces; a stepson, Jeffrey (Julia) Randall; five step-grandchildren; and seven step-great-grandchildren. A memorial service will be held 11 a.m. Saturday, November 20, at McCarty-Thomas Funeral Home, 119 Carpenter Street, Dushore, with Ellie Benna, CLM officiating. Burial will be held privately at the convenience of the family. Friends may call from 10 to 11 a.m. Saturday at the funeral Home. The family will provide the flowers and suggest memorial contributions to American Cancer Society Relay for Life of Sullivan County PA - A2BKAT, P.O. Box 2438 Kennesaw, GA 30156 Expressions of sympathy may be sent to the family at www.mccartythomas.com

Arthur J. Molyneux, 82, of Hughesville, and formerly of Rose Valley, died Wednesday, November 10, 2021, at UPMC Williamsport, following a tragic vehicle accident in which he and his wife both passed away within hours of each other. Born January... View Obituary & Service Information

The family of Arthur J. Molyneux created this Life Tributes page to make it easy to share your memories.

Arthur J. Molyneux, 82, of Hughesville, and formerly of Rose...

Send flowers to the Molyneux family.