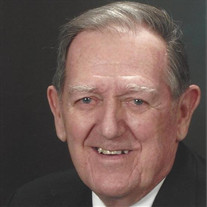 Albion “Sonny” Bowers Jr., 84, of Enon, Ohio passed away Thursday, December 6, 2018 surrounded by his family at Springfield Regional Medical Center. Albion was born July 27, 1934 in Philadelphia, Pennsylvania to parents Albion and Blanche (Derr) Bowers, Sr. He graduated from Hughesville High School in 1952 and enlisted in the United States Coast Guard in 1956. Albion served in the Coast Guard for the next seven years, earning the Good Conduct Medal with bronze star for six years of exemplary conduct. He worked his way up to Senior Electronics Technician aboard the US Coast Guard Cutter Duane, and, in 1958, Albion was stationed in Oshima, Japan where he met his wife Reiko (Matsushima) Bowers. They were married March 9, 1960. After leaving the Coast Guard, Albion moved to Los Angeles, CA and was hired by TRW Aerospace Industries in 1963 where he worked 29 years until his retirement in 1992. In this time, he would work on many projects, including the Pioneer deep space probe and Apollo Lunar Module. In those twenty nine years, Albion and his family traveled the world. In 1975, they moved overseas to Alice Springs, Australia. Then, in 1980, Albion moved his family to Redondo Beach, CA where he spent weekends and free time building his dream house. Just one year after the house’s completion, his company moved Albion and his wife to Brevard, NC for a few years before they were able to return to their Redondo home. Throughout all of this movement, Albion remained an avid Boy Scouter. He served as the Boy Scout District Commissioner for three years in Australia and was recognized with the Silver Beaver Award for his work training Scout leaders in the Los Angeles area in 1983. After Retirement Albion kept busy volunteering with the Bureau of Land Management in Barstow, CA for six years. Once he moved to Enon, Ohio, Albion remained very involved in his community. He managed the Enon satellite of the United Senior Services of Springfield, volunteered at the Enon Historical Society, and was a member of the Green County Historical Society Railroad Club. He is preceded in death by his brother Elmer Bowers and his sister Doris Sullivan. He is survived by his wife, Reiko Bowers, two sons; Albion H. (Leanne) Bowers and Lee N. (Cindy) Bowers, and four grandchildren; Albion J., Shane M., Preston L., and Emiko R. Bowers, cousin Bill Derr, great nephew Tyler Sullivan, and numerous other family members and friends. Friends and Family are invited to attend a graveside service on Saturday, May 25 at 2 p.m. at Cherry Grove Cemetery, Muncy Valley, PA 17758. Expressions of sympathy may be sent to the family at www.mccartythomas.com.

The family of Albion "Sonny" Bowers created this Life Tributes page to make it easy to share your memories.

Send flowers to the Bowers family.